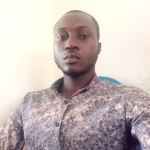 Those cups are not meant to be reused
They are disposable, someone uses them once and then throws them away
And just like these cups, we have spoons, plates, forks…
And then we have human beings, disposable human beings
But we as humans fail to notice our disposability
Yes, we are not made out of plastic nor paper but sometimes our relationships are
One day I was talking to a friend on video call
We’ve been friends for many years and in the last three days my affection for her has grown even more
But what I failed to do was to notice that she wanted my undivided attention
What I failed to realize was that though it was possible, I wasn’t supposed to be doing any other thing on the phone while talking to her
I acted in a way that was normal to me ignoring what was normal to her
When she ended the call, I realized that I too am disposable
Just like with her, I have messed up almost all of my friendships, overestimating my importance in their lives
And now I am left alone with my phone and my writings
The problem is that we do not easily see that we are not always going to be needed by them
So while we take those glory rides and lord over them, they slide under our fingers and dump us in the first waste bin they see
Substituting our poor and self-centred friendship for that of those who will truly love and cherish them
What we may not realize is that we tend to do same in our walk with God
Jonah was compelled to go to Nineveh even though he tried running somewhere else
Moses gave many excuses but all where trashed until his only choice was to go to Egypt
Does it mean that when God says go and we refuse, He has no other way of reaching the goal
Matthew 3:9 says that God is able to raise up descendants for Abraham out of stones
And I’m wondering how many of us will be replaced by these stones as we keep away from His business
When Saul became king and got lost on his way to God, the throne was taken from him and given to David
The crown corrupts a man sometimes
Haven’t we gotten lost in our way to God because of that “crown of glory” upon our heads
Seeing ourselves as indispensable when in fact there is another right beside us who can equally perform our duties
When Eli retire, his sons were to be priests
But those two boys deemed themselves more important than they actually were
They failed to realize that God could raise Samuel in their stead
When we get the opportunity to serve God in a way, we have to see it as such, an opportunity
Maybe ours will be like the stories of Moses and Jonah, pressed to obey and finish the call
But let our stories not be that we ended up in the waste bin because even though we thought otherwise, we actually were disposable
If all my words so far make no sense, trash it
But do listen to the words of Mordecai to Esther
“For if you keep silent at this time, relief and deliverance shall arise for the Jews from elsewhere, but you and your father’s house will perish.
And who knows but that you have come to the kingdom for such a time as this and for this very occasion?”
Esther 4:14

STEPHEN OKERAKU OBENG (KWAME OBENG) is a Ghanaian poetry and story writer. Since his childhood, Kwame has been a big lover of fictional love stories and has resorted to writing, to promote the course of love in real life.